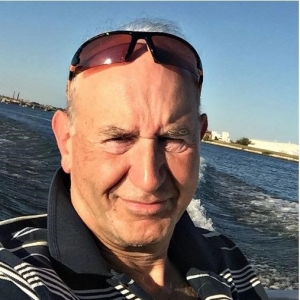 Laurence was born in London, England and studied at the University of Sussex, where he received a BA degree in English Literature in 1974. After gaining his teaching certificate at the University of Bristol, he taught English and Drama at a Sixth Form College (grades 10-12) outside London. Subsequently, he received an MA (Educ) degree in the Theory and Practice of English Teaching from the University of London, Institute of Education (1978) and a Ph.D. from the University of Michigan. After writing and teaching he gained a Law Degree from the University of Maryland in 1986. Dr. Peters became counsel to the Subcommittee on Select Education & Civil Rights for the US House of Representatives (1986-1993) and subsequently served as a Senior Policy Advisor to the US Department of Education (1993-2001). Dr. Peters later directed the Mid-Atlantic Regional Technology in Education Consortium (MAR*TEC) working out of Temple University in Philadelphia with five states, (Pennsylvania, Maryland, Delaware, Washington DC and New Jersey) on a mission to assist these states to integrate technology into the curriculum. During this period, Dr. Peters co-wrote, From Digital Divide to Digital Opportunity, Rowman (2003) and co-edited, Scaling Up: Lessons from Technology-Based Educational Improvement, Jossey Bass (2005) and Global Education: Using Technology to Bring the World to Your Students (ISTE) 2009. His forthcoming book, The United Nations: History and Core Ideas will be published in fall 2015 by Palgrave Macmillan. Dr. Peters currently serves as Graduate Program Director of the United Nations Association National Capital Region and is married with three children.

Your ticket for the: Laurence Peters