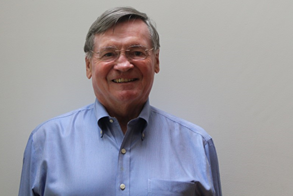 August, 2020.  Excerpts from an interview by PTF Chair Frank Vogl with Daniel Ritchie, a member of the PTF Management team, Councilor to the President, former President and PTF Co-founder. See the full interview here.

Frank Vogl, Chairman of the Board at PTF: Dan, you have been the guiding force behind the PTF for two decades. What has been your most personal satisfaction from all your PTF adventures?

Dan Ritchie: I have noticed over the 20 years a significant change in the quality and effectiveness of local civil society organizations in developing countries. When we started the PTF, many of the project proposals we received were vague, unfocused and lightly-camouflaged payroll support projects. Most CSOs had no experience with setting specific goals and benchmarks to monitor progress. They were doing God’s work, and God never asked them to measure!

I believe one the PTF’s most valuable contributions has been to train more than 100 CSOs in the use of logical frameworks and a focus on measurable results. CSOs are significantly more capable of project design and implementation and managing their affairs than in the past.

My single greatest satisfaction has been the opportunity to work with a community of people dedicated to making the world more just and equitable, often at great risk. I have had the good fortune of visiting more than a dozen civil society organizations we have supported over the years, from Timor L’este to Bangladesh, Uganda, Argentina and others. I have always come away with the most profound admiration and respect.

Usually working in very modest surroundings, our counterparts show determination, dedication and courage in working to make their world more equitable and honest.  The diversity and array of our grant recipients have been quite amazing. The majority of CSOs I visited were headed by women. The visits made me proud of our support and convinced that the PTF was making a real difference.  I saw it firsthand. It has sustained my commitment to the PTF.

Frank Vogl: How do you assess the progress that PTF has made?

Dan Ritchie:  My former World Bank colleague Pierre Landell-Mills and I started PTF from scratch and our first project was in Bulgaria in 2000. We plugged away for several years as the only two full-time volunteers, eventually attracted significant funding and a cadre of almost 50 volunteer project advisers and ultimately supported over 250 projects in 50 countries. As you know, independent evaluations indicated 85% of the projects met their objectives.

Pierre and I established the guiding principles that still characterize the PTF—a demand-driven approach set by the CSO recipients, constructive engagement between CSOs and government agencies, results-oriented activities based on measurement and provision of free technical support from PTF project advisers. When we started, there was no such term as “demand side” governance and little recognition of the potential role of civil society in good governance. I think the PTF’s enduring legacy will be that it helped demonstrate beyond any reasonable doubt the powerful and effective role CSOs play in the fight for transparency and accountability.

Frank Vogl: Can you elaborate on PTF’s project work as it relates to citizen engagement?

Dan Ritchie: There are many projects we have supported over 20 years that demonstrate the power of citizen engagement. From the very beginning, projects in very different settings were producing concrete results. In several instances I was able to see for myself the impact of citizen engagement in combating corruption and improving development outcomes. And I met truly remarkable people, several of whom have become friends.

Just looking back, some examples –

Frank Vogl: Well, what are those lessons and how can people find out about them?

Dan Ritchie:  Knowledge generation and dissemination has always been a hallmark of the PTF.  There are over 100 reports and analyses on our website, including the global analytical work you know about such as civil society engagement in the SDGs, global trends in civil society and development and the report to the World Bank on enhancing civic engagement. We have produced global reviews of civic engagement in health service delivery and conditional cash transfers, and published recent evaluations of the PEACE Project in Myanmar, procurement in Ukraine, lessons from CARTA.  There are some 40 project briefs on health, education, infrastructure, water and sanitation, natural resources, safety nets, rule of law, procurement and others.

Transforming this wealth of information into powerful, digestible messages has been our challenge, but it remains a unique data base on civic engagement. Sharing of experience among CSO partners has traditionally been an important role for the PTF. We have sponsored multi-country workshops and exchanges in Asia and Africa and are planning to bring together virtually the half-dozen CSOs engaged in fighting the COVID-19 pandemic. We have seen the power of shared experience among practitioners.

Frank Vogl: One final question – how has PTF accomplished so much as virtually an all-volunteer organization?

Dan Ritchie: I have been proud to help create a unique business model, an almost all-volunteer organization of experienced development professionals committed to supporting a pioneering undertaking. I know of no other organization quite like ours. It has brought together a group from the World Bank, Asian Development Bank, African Development Bank, USAID and the private sector to continue working on critical development issues after retirement. In many respects, it is our social network, enabling us to continue to collaborate and cooperate together, interact with like-minded organizations, the broader donor community and younger generations of practitioners. And the PTF family has always been remarkably collaborative, fun, generous with time and money and thoroughly engaging. It keeps me energized!

Because of our business model, we have always provided exceptional value for money. We cost the participation of PTF advisers in projects at a market rate, but we typically charge less than consulting firms and the proceeds are often donated to the PTF through our annual giving campaign. And we estimate in our financial statements that the value of our volunteer time is at least $1.5 million annually.

I write an annual check to PTF as do many of our volunteer colleagues. I believe in the mission, I have seen the results, I have tremendous respect for the practitioners who often risk their lives and my friends and colleagues who spend outrageous amounts of time as volunteers and I believe fundamentally that the trajectory of history is toward a more just and equitable world. But we need to persevere.

Your ticket for the: “The Power of Citizen Engagement – A Unique PTF Perspective,” – Dan Ritchie