The above video is a recorded version of part of the July 1, 2020 event. 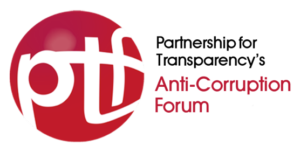 BBC EYE ON AFRICA Sex for Grades: Undercover inside Nigerian and Ghanaian universities

This remarkable BBC undercover investigation in Nigeria provides first-person accounts. Universities in Nigeria and Ghana have been plagued by stories of sexual harassment by lecturers and professors for decades.

The Partnership for Transparency (PTF) and the United Nations Association of the National Capital Area (UNA-NCA) jointly hosted an international virtual panel on July 1, 2020.

The event was introduced by Paula Boland, President, UNA-NCA, who described the issue succinctly: “Sextortion involves an abuse of power in return for any form of unwanted sexual activity.  Sextortion is not limited to region or industry, and it has long been a silent form of corruption, hiding in plain view. Until recently, it was never discussed or recognized as a distinct phenomenon within either the corruption framework or the framework of gender-based violence.”

The discussion was moderated by Shayna Vayser, UNA-NCA Managing Director of Advocacy and Policy Strategy, and by Frank Vogl, Chair of PTF’s Board of Directors.

The experts stressed that while sextortion manifests itself in many ways, the common feature is quid pro quo. It is the blunt abuse of power by men who place (mostly) women in positions where if they refuse sexual demands their lives could be shattered. Examples include women who make it to universities and then face professors who require sex in exchange for passing grades; women farmers who cannot secure financial credit or seeds without facing demands for sex; women in countless workplaces whose employment may hang in the balance as bosses extort sex; and women who are placed in similarly impossible situations as they are abused for cyber-pornography.

The International Association of Women Judges has been striving to build public awareness of sextortion for more than a decade. Hard facts are crucial to raising its profile and placing it on the priority agendas of official governmental organizations – from the UN to the European Union to the World Bank to bilateral aid donors. The panelists underscored that obtaining data on the issue is incredibly difficult due to the sensitivity of the issue.

The panelists noted that progress is being made to obtain data, to conduct surveys, to develop research with hard evidence, and to increase the files of individual stories from around the world.

But, as the speakers stressed, it isn’t just the lack of data that has ensured that sextortion is not high on public policy agendas. Most governments and international institutions are run by men. The patriarchal systems continue to influence governmental inaction when it comes, for example, to aiding victims of sextortion.

Still, in some countries, scandals have grabbed popular media headlines and prompted greater discussion, notably in urban areas and on college campuses. But, almost universally across middle- and low-income countries, rural areas are not seeing any meaningful changes and this allows sextortion to flourish.

Activists, as the panelists stated, are increasingly working to find ‘safe places’ to protect women. Physically safe places for abused women and (and in some countries young boys) are needed; economically safe places for potential victims where they can get the primary necessities of life such as food, shelter, and health; and socially and legally safe places are essential where sextorted persons can tell their story without fear of retaliation.

In a number of countries women who are caught in sextortion or are especially vulnerable to it may seek legal redress. In the U.S. and in some other countries there are laws that can offer some support – but in many countries the laws against corruption solely relate to extortion for cash and, if there is a quid pro quo in the arrangement then women rarely find the law a comfort. But the legal approach is not nearly enough. Social welfare counsellors are no less important and still a rarity when cases of sextortion surface.

The discussion ended with a conversation about the way ahead and: is there hope?

The unprecedented wealth of new research and efforts – such as this event – to build public awareness offers the greatest hope that the sextortion issue will be taken as seriously as it should be by governments and many others in the public and private sectors who could wield enormous influence in curbing a crime that plays out daily in every nation. Please see the links below for further information.

International Association of Women Judges (IAWJ)   Wherever vulnerability and power collide, those entrusted with authority sometimes abuse their power in exchange for a personal benefit.   Where that benefit takes the form of a sexual favor, the IAWJ calls it “Sextortion.” http://www.iawj.org/programs/corruption-and-sextortion/

Transparency International’s (TI) Report: Breaking the silence about sextortion: the links between power, sex and corruption

Report: Gender and corruption (Zimbabwe): Highlight: 57 % of women interviewed in the survey has faced sextortion!

TI’s Global Corruption Barometer Data:  Women and corruption in Latin America and the Caribbean: Highlight: In the 18 countries surveyed, the results found that one in five people experiences sexual extortion – or sextortion – when accessing a government service, like health care or education, or knows someone who has.

Sextortion: Middle East and North Africa: Highlight: one in five people experiences sexual extortion – or sextortion – when accessing a government service, like health care or education, or knows someone who has.

“Sex for Rent agreements”  COPVID-19 adds to vulnerability – yes in the US  – https://nypost.com/2020/04/17/landlords-sexually-harassing-tenants-during-coronavirus-crisis/?utm_source=email_sitebuttons&utm_medium=site%20buttons&utm_campaign=site%20buttons

Your ticket for the: SEXTORTION: A Crucial Global Humanitarian-Corruption Challenge